Everything you think you know about cyberbullying is wrong. 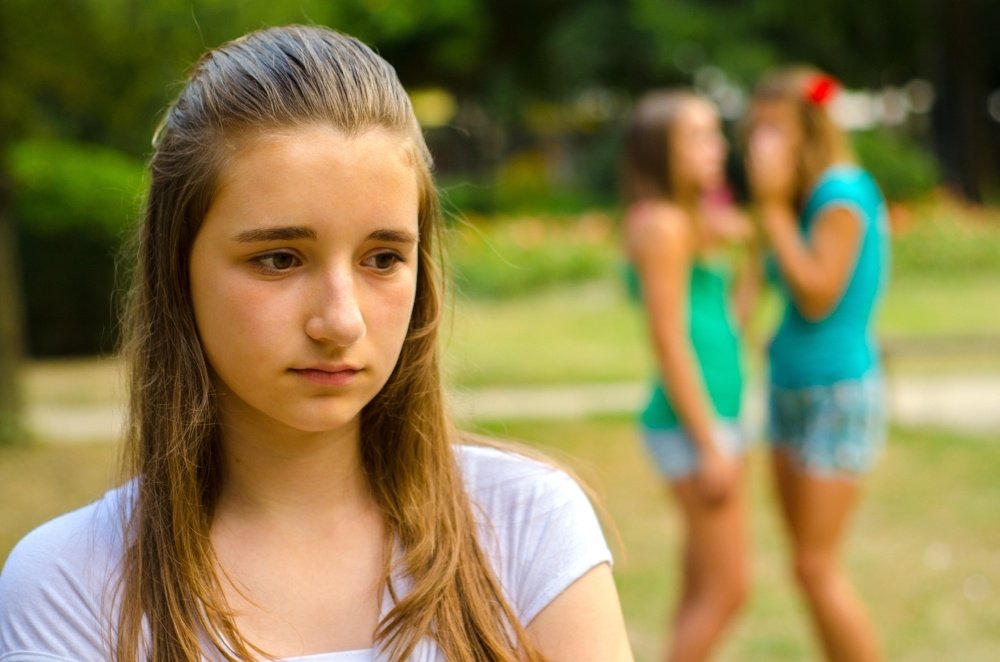 Okay, fine. Not everything. But a whole lot more than you probably think.

In the wake of the tragic death of Northern Territory teen Dolly Everett, who took her life after relentless online harassment, cyberbullying has been at the centre of our national conversation. But myths and misinformation persist.

Cyber Expert Jordan Foster maintains that much of what parents think they know about cyberbullying is inaccurate - and even downright wrong. A clinical psychologist and bullying researcher, Jordan works at the coalface of these issues every day - educating parents, counselling kids and teaching teachers.

The social media around the Dolly Everett tragedy was a reminder, she says, of the gap between being reactive - and being informed. We asked her to tackle some of the most common “common-sense” misconceptions.

“If my child was being bullied online, she would come and tell me.”

Actually, often that’s the last thing kids will do, even the most open ones - and you need to know that’s no reflection on your relationship. Rather, it’s a fear reaction. Kids fear that if they do tell their parents, they’ll lose their phone. And by the time they’re in their teens, that’s like saying they’ll lose their lifeline - not just the bully but their friend network, which is such a vital means of social support. Can you have friends without social media? Yes, of course you can. But for today’s teens, those online connections really are central.

Even a child who tells mum or dad “everything” will be likely to keep bullying a secret. Because in addition to fear, there’s shame. We can tell our kids that being victimised is nothing to be ashamed of - and we can mean every word. But that won’t change the fact that victims do feel shame, and shame motivates secrecy, not disclosure.

“My son is a good kid. There’s no way he could be a cyberbully.”

What’s a “good” kid? What’s a “bad” kid? We love our children unconditionally. But every human being a mixture of light and shadow, needs and desires. A child who bullies is not evil. There are a variety of motivators for bullying behaviour - and having been bullied yourself is one of the main ones. Recent research shows that upwards of 90 percent of online bullies had themselves been targets of abuse.

“Boys might punch you in the nose, but girls are sneaky. That’s why most cyberbullies are female.”

But the take-home message is: cyberbullying isn’t just a “girl thing.” It affects all children, regardless of gender.

“Putting other people down makes bullies feel better about themselves.”

Once again, this statement “feels” right - but is completely contradicted by the evidence. Medical studies show that both victims and perpetrators experience emotional, physical and social harm as a direct result of online bullying. These effects - which can include headaches, stomach pains, and sleeplessness - have been observed consistently in young populations across the world. Perhaps most harmful of all, bullies, just like their targets, internalise negative self-perception and associated mental health issues like anxiety and depression.

“Cyberbullies need to get a taste of their own medicine.”

If only it were that simple. Bullying the bully sounds sensible, if harsh. But in reality, hitting back online with more words of aggression invariably escalates the situation. What started out as a slap in the face can blow out to a full-scale war of words, inviting more and more spectators, participants and hurt.

While we never condone the behaviour, in order to really help everyone involved (both the bully and the victim), we need to understand that bullies need help too. Our best chance of stopping the abuse is getting bullies to grapple with the root causes of their behaviour.

“My child was bullied recently, but it’s stopped now and everything has gone back to normal.”

#wishfulthinking According to a recent joint US/UK study, kids who have been involved in bullying - even a single episode - can continue to feel and experience its effects until adulthood. How severe the fallout will be depends on many factors, including personal resilience and the quality of support networks. But the risk of depression, panic attacks, and difficulties socializing can be life-long. As for “getting back to normal” in the short term, acting “normal” and feeling “normal” are often very different things.

That said, keeping the conversation open in the aftermath of a bullying episode - continuing to talk with kids about the experience and how they’re travelling - can go a long way toward reducing long-term impacts. Be observant too. Don’t just listen to the words your child uses (“I’m fine, mum.”)

“Bullying is a fact of life. There’s nothing anybody can do to prevent it.”

This one is not only defeatist - it is, thankfully, untrue. There’s so much you and your children can do to prevent online bullying. Here’s some tips you can share with them.

Finally, and most importantly, implement parental controls on your children’s devices, to give you - the adult - oversight on what they’re doing online.

With over 1 million students and almost 2,500 schools across the globe using Family Zone, we’ve decided that it’s time for us to align our ...

A comprehensive national framework for online safety education is overdue, say a growing consensus of educators - and a new report ...

The creation of equitable learning environments is a key aim for education in Australia and New Zealand, but it’s a challenging goal and ...

With schools across the country implementing remote learning programs, questions have been raised about how to provide online education in ...