Can your school be sued over online bullying?

A growing body of research has established that bullying can create long-term catastrophic effects, both psychologically and physically. The link between bullying at school and depression in later life is especially alarming.

Where does this leave schools? The answer is: vulnerable.

"Schools have a legal obligation to take action on bullying, and to provide support for both the victim and the perpetrator."

In Australian society at large, observers point to an emerging trend toward criminalising certain kinds of bullying behaviours - including cyberbullying.  In South Australia, for example, the proposed Statutes Amendment (Bullying) Bill 2017 (SA) criminalises bullying behaviour including threatening, degrading, humiliating, disgracing or harassing another person face to face or online.

Where legislation does exist, “there is no reason any of these laws would not apply within schools,” notes University of Technology Sydney law professor Sally Varnham.

Where no specific laws are yet in place, the school’s duty of care still places the onus of responsibility on the school to provide protection. Accordingly, if a child is persistently bullied, the school can indeed be sued if its response is deemed inadequate.

Or so three recent cases before the courts in New South Wales suggest, in which schools were held liable for the ongoing mental harm suffered by students.

All three cases involved severe face-to-face bullying and physical harm, not online bullying. And in each case the school either failed to respond at all, or responded only minimally. One of the children was even told by school staff “bullying builds character.”

If a child is persistently bullied, the school can indeed be sued if its response is deemed inadequate.

It is well established in Australian law that schools have a legal duty of care to protect its students from physical or psychological harm when the situation is within the school’s area of control - on campus, waiting for transport, on school trips.

But the increasing presence of digital devices at school has raised new questions about schools’ liability under duty of care provisions. For example, what happens when harm occurs online when students are physically present at school? What happens in cases where students are bullied or harassed using school-mandated devices off school grounds?

In general, advises Prof. Varnham, “When the facts point to a school’s liability, its priority and that of its insurers should be to acknowledge shortcomings and accept responsibility for the harm.

"They should focus on reaching a fair and just settlement rather than devising means to oppose or delay the claim.” 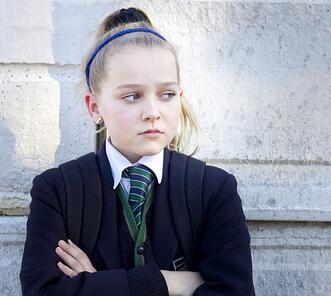 That said, prevention is always better than cure - and schools that take proactive steps to protect students from bullying, whether online or offline - can avoid legal fallout before it has a chance to happen.