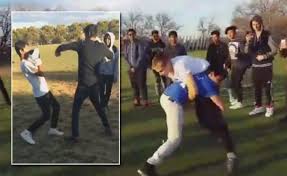 When it comes to students filming fights on or off-campus, the result can be a knockout punch for community wellbeing.

A traumatised Western Australian schoolgirl was rushed to hospital with swelling to her head and ribs after a vicious schoolyard attack that was recorded on a smartphone, posted to social media and viewed more than 18,000 times in five hours.

Meanwhile, in Auckland, multiple videos were uploaded to Facebook of an incident involving a teen brawl in which a boy held a machete to another’s throat. The video showed multiple onlookers - including female students in school uniform - watching and filming with their phones.

Isolated incidents? If only.

Virtually every high schooler in Australia and New Zealand now carries a high definition video camera in their back pocket. Add to that instant access to social media, and the potential for a duty-of-care disaster is ever present for school administrators.


The growing problem of students filming and sharing brawls and punch-ups on social media has prompted a scramble for effective policies as schools struggle to deal with what appears to be a growing menace.

In Western Australia, a policy mandating automatic suspension for students who instigate or film violence is being closely watched in other jurisdictions. The WA policy also includes trialling learning strategies and support programs to help change student behaviour.

"Every parent rightly expects that when their child is at school they will be safe and supported to learn.” Western Australian Education Minister Sue Ellery

The Wellbeing Framework provides school communities with best-practice advice on developing and implementing policies and support mechanisms to help all students from the first year of school to year 12. But it doesn’t directly address the issue of students filming fights?

“Such policies are vital to protecting the digital reputations of students,” she says, referring to the recently introduced Western Australian protocols.

“Students who appear in violent videos often attract the comments of cyber bullies, and are vilified whether they are in the role of aggressor or victim.” 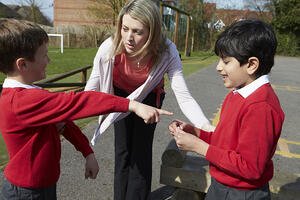 Foster also points out that school fight videos inevitably form part of a young person's digital footprint and “can have catastrophic consequences for a young person's integrity and have lasting impacts on their online reputation.

"This can impact their job prospects, ability to rent housing and even travel.

She adds, “Schools need to remain a safe haven for students to function in, without the risk of being filmed for their mishaps or altercations. It’s imperative that they be equipped to deal with these incidents effectively and in-house, without video evidence being broadcast on the internet for 20,000 other people to see.”