It started with a simple question: “Have you or has anyone close to you experienced sexual assault from someone who went to an all-boys school?”

When former Sydney private school girl Chanel Contos posted that on her Instagram account, she never expected to kickstart a national conversation around consent, sexual violence and the impact of online pornography on a generation of young Australians.

School leaders and state education officials have reacted swiftly to growing calls for more rigorous consent education in all school sectors. In New South Wales, hundreds of private school heads have been briefed by the head of the state’s sex crime squad on ways “to create an environment and culture where students can focus on education and empowerment safely without fear.” In Victoria, Education Minister James Merlino has called for a nationwide rollout of the state’s “Respectful Relationships” curriculum, developed in the wake of the royal commission into family violence.

Cranbrook prefect Asher Learmonth responded by delivering a blunt speech to his fellow students. “Don’t lie to yourself. Don’t make excuses,” he urged. “Instead, identify this sexist and reductive attitude within yourself, within the boys you go out with. Change the way you view women.”

“All the best intentions and efforts cannot compete with the world’s biggest department of education: pornography. If we don’t address pornography’s conditioning of boys, which trains them to accept rape myths — that “no” in fact means “yes” — and which normalises aggression, coercion and domination, these girls and all those that follow don’t stand a chance.

“How can we hope to convince boys that “Girls aren’t sexual objects, so don’t treat them like pieces of meat”, when this global industry profits from indoctrinating them to see women as precisely that?” 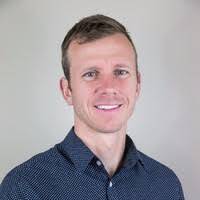 “We’re talking about a generation of kids for many of whom online pornography is the main source of sex and relationship education,” says Kobler, co-director of Protect Our Kids, a leading digital health and wellbeing consultancy based in NSW.


The message for schools is powerful. Yes, consent education is essential for both boys and girls - and the earlier the better. At the same time, to ensure duty of care, students’ access to online pornography needs to be managed comprehensively - both on the school network and also on any other device brought to school, including BYOD laptops/tablets and personal mobile phones.

But traditional school firewalls, with basic filtering functionality and rudimentary reporting, are no longer good enough - especially given the rampant use of VPNs to bypass school filtering.

Linewize’s leading-edge School Manager technology is up to the task. Its revolutionary reporting interface shines a light on the darkest corners of students’ online activity, right down to which sites they are accessing at any given moment of any given day. Separate adult content reports are also readily accessible on School Manager, can display data on entire years, classes or individuals.

What it all adds up to is best-in-class visibility, reporting and insights being delivered to the staff who need it most - and who can action it most effectively. Linewize, supporting schools to meet their digital duty of care, in our ever more digital world.